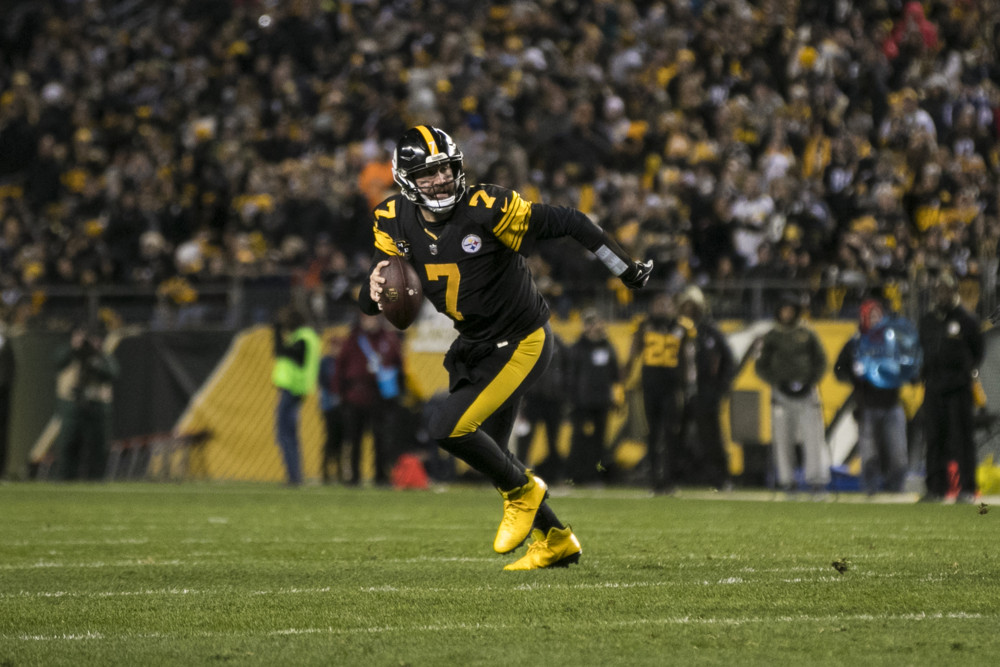 Let's review the best and the worst fantasy performances through Thursday and Sunday's games so far in Week 11's Fantasy Football Wrap Up.

Ben Roethlisberger had his best fantasy game of the season in Week 11, throwing for 299 yards, 4 touchdowns, and did not throw an interception. Big Ben added 10 yards on 1 carry and finished as the highest-scoring QB with 29.00 fantasy points. Kirk You Like That! Cousins threw for 322 yards, 3 touchdowns, 0 interceptions, and gained 11 yards on 3 carries. Cousins finished as the second-highest scoring QB of the week with 26.00 fantasy points.

Dak Prescott had possibly his worst outing as a pro this week in Prime Time against the Eagles. Prescott threw for 145 yards, 0 touchdowns, 3 interceptions, and added 10 yards rushing on 2 carries. Dak finished the week as the second-worst ranked QB and scored -1.20 fantasy points. Alex Smith was unable to get much going and the Chiefs ultimately lost against a very suspect Giants team in overtime. Smith threw for 230 yards, 0 touchdowns, and 2 interceptions while running for 27 yards on 5 carries, totaling 7.90 fantasy points.

James White showed that he too is susceptible to the Patriots' running back curse as he was only able to gain 13 yards on 5 carries. White did not catch any passes (1 target) and finished the day with 1.30 fantasy points which, by far, is his season-low. Isaiah Crowell could not run against the Jags on Sunday as he was held to 18 yards on 11 carries, was not targeted in the passing game, and posted a season-low 1.80 fantasy points.

Business was booming on Thursday night for Antonio Brown as he torched the Titans for 144 yards and 3 touchdowns on 10 receptions. Brown's monster night resulted in 42.40 fantasy points and finished as the highest scoring wide receiver of the week. Keenan Allen destroyed the Bills early and often, hauling in 12 receptions for 159 yards and a pair of touchdowns. Allen finished week 11 as the second-highest scoring wide receiver with 40.20 fantasy points.

Emmanuel Sanders was apparently not a large part of the Broncos' game plan this week, hauling in only 2 receptions for 15 yards and posted his lowest fantasy output of the year with 3.50 fantasy points. Jordy Nelson has little-to-no rapport with quarterback Brett Hundley and once against posted another poor outing. Nelson finished the week with 4.40 fantasy points after catching 2 passes for 24 yards.

The highest-scoring tight end from this past week was the Arizona Cardinals' backup Ricky Seals-Jones who had 3 receptions for 54 yards and 2 touchdowns. Seals-Jones was undoubtedly started in 0% of leagues and ended the day with 20.40 fantasy points. Travis Kelce finished with the 2nd-most fantasy points for tight ends with 16.90. Kelce had 8 receptions for 109 yards and failed to find the end zone, breaking the streak of tight ends to score against the Giants. On a trick play, Kelce also threw 1 pass which was intercepted.

Evan Engram was surprisingly not utilized much in Sunday's upset win over the Kansas City Chiefs even with a limited wide receiving core. Engram had 9 receiving yards on 1 catch and finished with 1.90 fantasy points. Cameron Brate posted yet another lackluster performance for the third week in a row, scoring 1.90 fantasy points off catching 1 pass for 9 yards. Brate continues to be overshadowed by rookie O.J. Howard who, himself, scored 14.20 fantasy points and was the 4th highest-scoring tight end of the week.