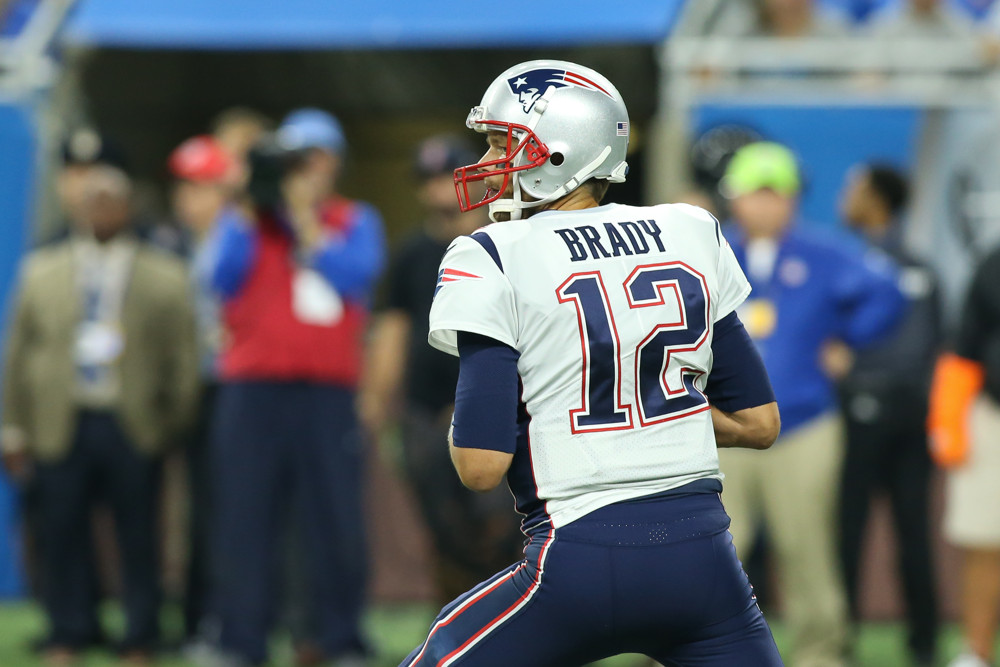 Case Keenum was able to score over 15 fantasy points for the third time in four games and will look to improve on that this week against the Bengals, who are giving up the most fantasy points per game to the position, an average of 23.6. The Bengals just surrendered 258 yards and 4 touchdowns to rookie Baker Mayfield and are now without Andy Dalton, which will result in a lot of stalled offensive drives and possible short field situations for Keenum to score.

Not even Mike McCarthy can screw this one up, right? Aaron Jones has a fantastic matchup this week against the Cardinals who are allowing fantasy points everywhere to the running back position, giving up 54.1 fantasy points to the Melvin Gordon- Justin Jackson-Austin Ekeler combo last week, and are giving up an average of 31.6 fantasy points to opposing RBs, which ranks fourth most in the league. Jones has multi-TD upside in this one and could crack the 100-yard mark as well.

Last week Amari Cooper surprised most owners after exploding for 8-180-2 against the Redskins, but will he continue with this type of production? I'm hoping so. His upside increases each week as Prescott becomes more comfortable with him in the offense and given the matchup against the Saints, I would expect for him to score 12.5-15 fantasy points. I'm pumping the breaks just a bit due to the inconsistency throughout his career but the matchup is too good to ignore in a game where Dallas should be trailing early on.

Even with the touchdown and double-digit fantasy points last week Cameron Brate's production felt underwhelming after only catching 3 passes for 26 yards. Look for this to increase significantly as the Bucs play against the Panthers who are giving up the most fantasy points in the league to tight ends and gave up 4-53-2 to teammate O.J. Howard in their Week 9 matchup. With Howard now on injured reserve for the season, look for him to be heavily involved this week, especially around the red zone.

In what was supposed to be a high-scoring offense this season, Mason Crosby has been less than disappointing this season, scoring 5 points each last two weeks and only topping double-digit fantasy points in four of eleven games this season. This week, though, things look up for Crosby as the Packers face the Cardinals and are the 2nd largest favorites of the week. With an implied team total of 29.5 (5th highest this week), the Packers should be able to move the ball and have a few field goal attempts while adding some extra points in the process.

The Kansas City Defense hasn't been great this season and has given up a ton of points to opposing offenses. In their last two matchups, however, they have scored 12 and 7 fantasy points, which isn't terrible considering some decent defenses have scored negative fantasy points recently. This week the Chiefs play against the Raiders who give up the 3rd most fantasy points to opposing defenses on average, including 14, 10, and 20 points in three out of their last four games to the 49'ers, Chargers, and Ravens, respectively.

This year has been frustrating for fantasy owners who've started Tom Brady week in and week out as he's only surpassed 20.0 fantasy points in 4 of 11 games played, and last week was the first time he's thrown for more than 1 touchdown pass since Week 8 - not the same Brady we're used to. If Brady is your only rostered quarterback you may not sit him, however, if you're deciding between Brady and a Mahomes, Goff, or Rivers, you should consider sitting him this week against a tough Vikings defense that has limited the QB all season. They're allowing an average of 16.0 fantasy points per season, which is 6th fewest in the league and haven't allowed more than one touchdown pass to opposing QBs since Week 5.

Tevin Coleman is currently the 16th ranked running back this season, but it sure doesn't feel like it. He's surpassed 15.0 fantasy points only three times this season and is a game removed from accumulating 23 yards on 11 touches - his lone bright spot was that he was able to score a receiving touchdown. This week Atlanta plays the Ravens who have been great against opposing RBs, allowing an average of 18.0 fantasy points to the position, which is 2nd fewest in the league. Over the past four weeks the Ravens have only allowed 63.25 yards rushing, and while allowing a touchdown in three out of four of those games, owners may be praying for a touchdown from Coleman this week to salvage any kind of result come Sunday.

Kenny Golladay currently has two things going for him going into this week's matchup against the Rams - he's the undisputed number 1 receiver in Detroit (if this wasn't clear prior to Marvin Jones' injury) and his matchup is great against a team giving up the 10th most fantasy points to receivers. The problem I have with Golladay this week is that he's the only viable threat in that offense and the Rams should be focusing their game plan to make him a non-factor. While easier said than done, Bruce Ellington and T.J. Jones won't win you a week on their own and the Rams should do their best to double-cover Golladay on every play he's out on the field.

Surprisingly enough, Jordan Reed has been one of the few tight ends who has escaped serious injury this season and is currently ranked as the 8th highest scoring tight end. This week he's a sit against the Eagles who've been superb at defending against opposing team's tight ends, allowing the 3rd fewest fantasy points per game at 8.6. Additionally, the Redskins have been utilizing Vernon Davis throughout the season which cuts into Reed's overall upside and the game plan should feature the Redskins attacking the outside with their wide receivers against a weak Eagles secondary.

Coming into the week Brett Maher is ranked as the 7th highest scoring kicker in the league. The risk with playing the Saints for every team is abandoning the field goal altogether and having to catch up with all of the TDs they can score. With the Saints' implied total at 30 (third-highest), points will be scored in this one once again. In his last 5 games, Maher has only scored double-digit points once (13) and cannot be counted on to score 10+ fantasy points this week.

While the Los Angeles Chargers Defense has been respectable as of late, scoring over 10 fantasy points in the last three of four games, they play a Steelers offense that has been lights out at home this season and hasn't been kind to opposing defenses. In their 5 home games this season, opposing defenses are scoring -1.8 fantasy points per game, while on the road this number increases to 7.67 which would be a top 10 amount of points given up to defenses. This matchup should include lots of scoring and the Steelers will need every win they can get to secure a first-round bye in the playoffs - they'll be out to score a ton of points after last week's humiliating last-minute loss to the Broncos.