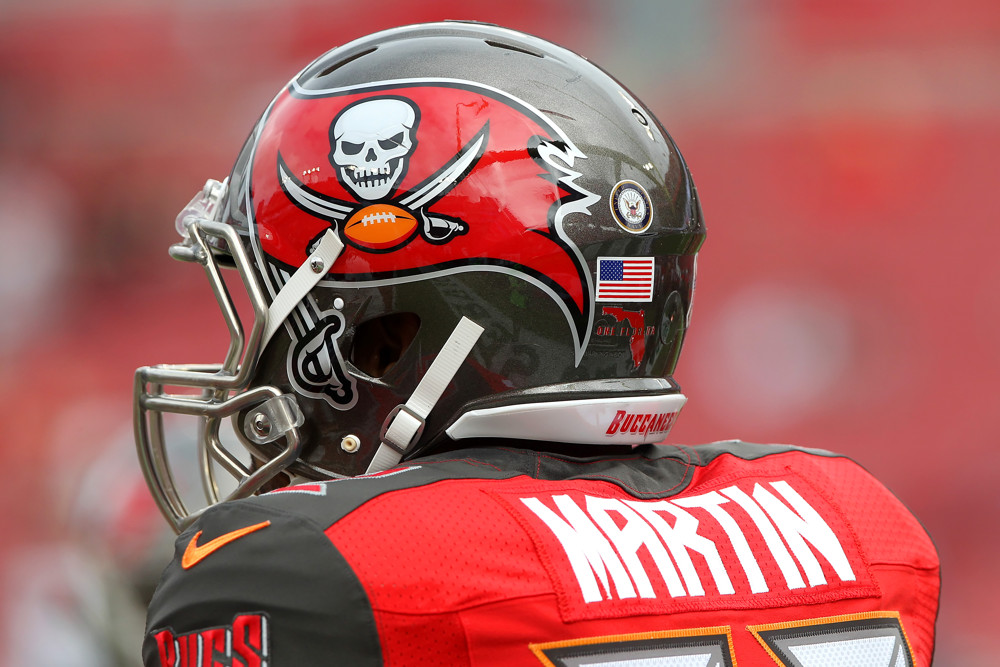 With Week 13 in the books, the fantasy playoffs have arrived for many leagues. With seasons on the line, this week's Injury Update holds additional significance. With that said, each week more players land on injured reserve or miss valuable time. No different this week, here are a few injury situations worth monitoring going into the fantasy playoffs.

Amari Cooper left Week 12's games with a concussion and ankle sprain. After missing each practice last week, the Raiders ruled Cooper out on Friday. This suggests that Cooper still has a ways to go before Week 14. NFL Network's Ian Rapoport reported that Cooper is hopeful to play this week. However, beat reporter Michael Gehlken reported that Cooper remains in the concussion protocol and continues to nurse his ankle injury For now, Cooper appears to be on the wrong side of questionable.

Doug Martin left Week 12 early with a concussion and subsequently missed Week 13. Martin did not practice at all last week, suggesting he still has a few hurdles to overcome in the concussion protocol. Martin looks to be questionable at best for this weekend's game.

Rishard Matthews missed his second consecutive game after suffering a hamstring injury in practice. Matthews practiced on a limited basis on Friday, but could not get cleared in time. Matthews will have a better shot to suit up this week, if he can avoid any setbacks in practice.

Kelvin Benjamin has yet to practice since tearing his meniscus in Week 11. Coach Doug McDermott called Benjamin day-to-day last week despite a three-week absence. Without any real clues on his status, Benjamin looks to be on the wrong side of questionable yet again.

Greg Olsen aggravated his previously injured foot in Week 12, only to sit out Week 13. This decision reportedly came down to playing surface in the Saint's stadium. Apparently the artificial surface at MetLife Stadium contributed to Olsen's setback in Week 12 and the Panthers did not want to risk further injury. Playing at home the next three weeks, Olsen should be ready to return.

Last week Ty Montgomery landed on injured reserve with a wrist injury initially sustained in Week 4. Montgomery will undergo surgery and be ready for next season's offseason program. With Aaron Jones playing exceptionally well, Montgomery should provide a change-of-pace role next season.

Zach Ertz left Sunday Night's game with a concussion and did not return. Ertz will need to clear each stage in concussion protocol before playing this week. He should be considered questionable until he fully clears protocol. This could come down to a game-time decision.

Adrian Peterson missed Week 13 after popping up midweek with a neck injury. Peterson did not practice at all last week, but came in as a game-time decision. Coach Bruce Arians said that Peterson's availability would be up to the team doctors. Peterson looks to be on the wrong side of questionable this week, but a doctor's clearance and practice time could change this.

Robert Woods initially suffered a shoulder injury in Week 11 and has missed his last two games. Last week, coach Sean McVay spoke on the issue saying, the Rams are shooting for Woods to be available in Week 14. However, he conceded afterwards that Week 15 was a more realistic target. For now, Woods should be considered doubtful, unless he can string together multiple practices this week.

Tyrod Taylor left Sunday's game on a cart with a knee injury. The injury looked serious, but Taylor is believed to have avoided major injury according to Ian Rapoport. Either way, Taylor looks unlikely to play in Week 14, barring a miraculous recovery.

Joe Mixon suffered a concussion in the second quarter of Monday Night's game and did not return. Mixon is on a short week and must pass through concussion protocol in order to play. He is questionable at best and there is a good chance he misses Week 14. Giovani Bernard will carry the load, if Mixon misses time.

Dealing with a toe injury, Mark Ingram missed Tuesday's practice after participating on a limited basis on Monday. While downgrades are never good, the Saints may be managing Ingram's rest. However, his status needs to be monitored with the Saints playing on Thursday. Ingram may come down to a game-time decision.