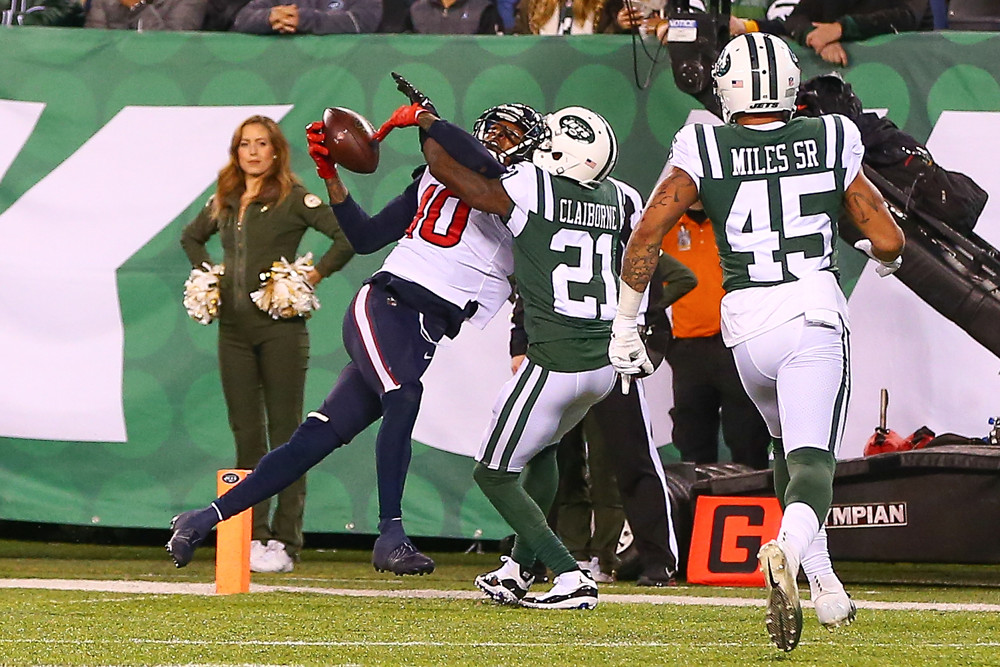 Welcome to December football. It was a miserable day for most folks' fantasy semifinals, with 16 teams failing to top 20 points as defense and the running game ruled the day in many games across the country. There were precious few Week 15 studs and plenty of duds to go around. Let's take a look at the carnage.

It was the worst week for fantasy quarterbacks in a long time. Not a single Week 15 QB threw for three TDs. Matt Ryan was the only one to score three, running one in with his 231 yards and 2 passing TDs. Lamar Jackson added 95 rushing yards to a decent passing day to hit the leader board. Philip Rivers topped 300 yards with a pair of TDs in a thrilling Thursday comeback win.

Wow, were there ever some awful QB lines in Week 15! Aaron Rodgers was the biggest name to disappoint. He threw his first interception in 402 throws against the vaunted Bears defense and failed to find the end zone. Andrew Luck and Jared Goff also didn't score a TD, and neither did Dak Prescott, Eli Manning, or Nick Foles. Ryan Tannehill didn't score either and barely even cleared 100 yards. But even that was better than Marcus Mariota and Cody Kessler, who didn't score and recorded 88 and 57 passing yards, respectively. Ew.

If you're moving on in fantasy, it's almost certainly because of your RBs. Derrick Henry was #beastmode again with 170 yards rushing and 2 TDs. Joe Mixon and Marlon Mack had huge games too, each rushing for over 125 yards and a pair of scores. Todd Gurley fought off some injuries Sunday night as both he and Wendell Smallwood found the end zone twice, and Damien Williams was a waiver wire wonder for the Chiefs Thursday night with 113 yards and 2 TDs. Most weeks, just rushing for a hundred yards and a score would be enough to get your name in the lights. This week it's just a footnote for Tevin Coleman, Chris Carson, and rookies Gus Edwards and Kalen Ballage.

Saquon Barkley had the worst game of his career with just 55 combined yards. Leonard Fournette was even worse, rushing for 46 yards before sitting out most of the second half on the bench. Philip Lindsay was a complete bust, running 14 times for only 24 yards. Aaron Jones was a bust too, with just eight yards before leaving early injured. Lamar Miller and LeGarrette Blount were also held to single-digit yardage.

DeAndre Hopkins was a Saturday monster, one of the few studs to show up in Week 15 with 10 catches for 170 yards and a pair of TDs. Mike Williams may have been even bigger on Thursday night, recording 3 TDs and the game-winning two-point conversion against the Chiefs. Buffalo's Robert Foster was the only player Sunday to record 100 receiving yards and a TD. Doug Baldwin found the endzone twice, while both Kenny Golladay and Alshon Jeffery had huge yardage games, each over 140 yards despite being held scoreless.

Two weeks ago, Adam Thielen and Tyreek Hill were 1 and 2 atop the fantasy WR leaderboards. Not anymore after Week 15. Thielen was a complete whiff with two catches for 19 yards, and Tyreek Hill couldn't break free with only 46 yards on four catches. Dallas' Amari Cooper looked more like Amari Cooper this week with four catches for only 32 yards. JuJu Smith-Schuster, Jarvis Landry, Sterling Shepard, and Josh Gordon were other receivers in a favorable spot who failed to score or cross the 40-yard mark.

If you were counting on a big tight end game this week, you didn't get it. Evan Engram led PPR scorers with 8 catches for 75 yards. Maybe your league counts Pittsburgh RB Jaylen Samuels as a tight end; he had 172 combined yards and gave you a big advantage if so.

Just about every tight end was a dud in Week 15. Rob Gronkowski and Zach Ertz were the biggest names to disappoint, failing to reach 25 yards. That was the case too for other popular streaming options like Kyle Rudolph, Jared Cook, and Austin Hooper. Eric Ebron was another disappointment, with just one catch for eight yards.