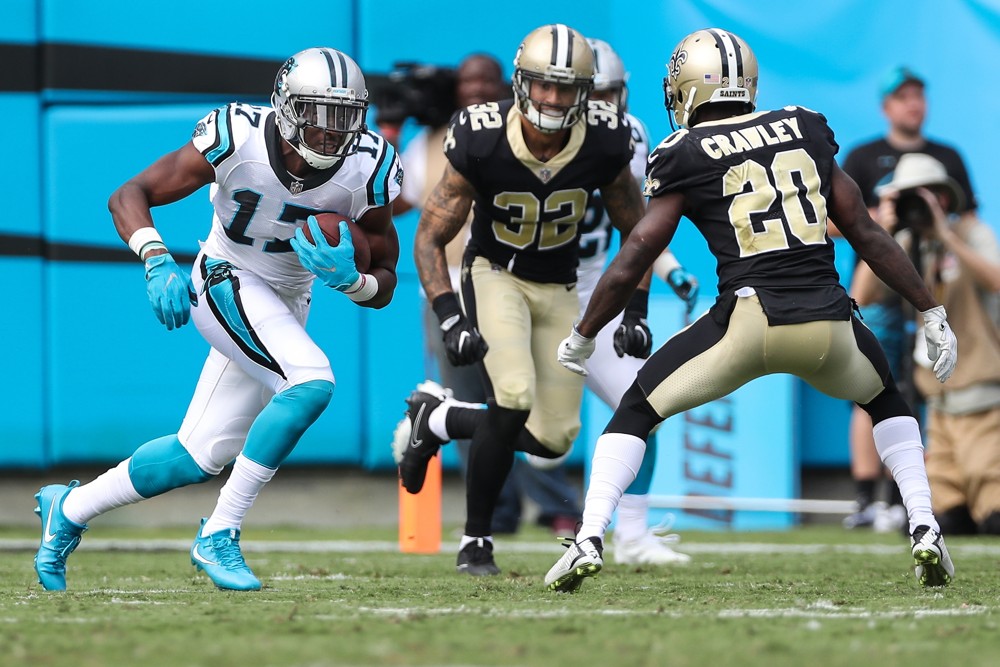 Week 3 is in the books and we finally have a week where injuries were rare.  A few bigger named players did go down, like Kelvin Benjamin, but as of now no real statuses are known.  This week we will be looking at a few players to add due to their usage/stats, a few to add due to some injuries ahead of them, and a few streamers that may be worth looking at.

Devin Funchess was targeted 10 times in yesterday’s loss to the New Orleans Saints.  He managed to catch 4 passes for 58 yards.  It may not seem like much, but Funchess was being thrown to under intense coverage and was the only receiver out there when Benjamin went down with a knee injury.  Kelvin’s status is unsure as of now, but with the loss of Greg Olsen, Funchess already was in line for more targets.  If Kelvin sits, Funchess is a must own due to volume alone.  Carolina plays the Patriots in Week 4, who are not all that foreboding (gave up 33 points to the Texans) on defense.  Funchess should be added in 10 team leagues, especially if Kelvin misses any time.

The New York Giants have struggled so far this year, but with OBJ coming back healthy (and therefore drawing the attention of the defense) and the disappearance of Brandon Marshall, Sterling Shepard is going to be a favorite target once again.  Shepard was targeted 10 times in yesterday’s loss to the Eagles, but caught 7 of them for 133 yards and 1 touchdown.  Shepard was under drafted this year, but has 22 targets through the first 3 games.  Shepard should be added in 12 team leagues.  He gets the Buccaneers and Chargers in the next two weeks: both beatable defenses.

Paul Richardson was relatively unknown this pre-season, but is quickly making a name for himself in Seattle, taking the #2 WR spot from Tyler Lockett.  The Seahawks finally seemed to find an offense after two weeks of abysmal play.  Richardson only caught 2 passes for 30 yards and 1 touchdown, but he was targeted 7 times, bringing his target total to 19 over three games.  Doug Baldwin got injured late in Sunday’s game, and if he were to miss any time, Richardson would see an increase in targets.  If Seattle’s offense is finally starting to roll, watch for Richardson to have some big games.  Keep your eyes out for news on Baldwin, but Richardson is a speculative add in 10 team leagues.  If Baldwin is fine, Richardson should still be considered in 12-14 team leagues.

Alex Collins was the highlight of the day for Baltimore, who was crushed by the Jaguars in London.  On a day where the offense could not move the ball, Collins still managed 9 carries for 82 yards.  Terrance West started the game, but looked lackluster and lost a fumble. This backfield is still in a timeshare, but if Collins continues to play like he did against Jacksonville he may receive more carries.  He is more of a deep league addition, but could be added in 12 team leagues if you are low on RBs.

Fantasy owners know how injury prone Carlos Hyde is, so this is more of a handcuff addition. And sure enough, Carlos Hyde did exit the game for a few plays due to injury in the Thursday night game against the Rams.  He returned, but backup running back Matt Breida got the carries when Hyde was off the field.  He managed 9 yards on 3 carries and added 3 receptions for 20 yards on 4 targets.  Breida should be owned by the Hyde owner already, but since Breida is the sure handcuff and would get a ton of work if Hyde were to go down, he should be stashed in 12 team leagues.

The Ezekiel Elliott news has been on all ends of the spectrum this season.  From a 6 game suspension starting Week 1 to holding off till 2018, the news has left owners confused.  Now Elliott will have his hearing October 2nd, meaning the court could rule against him and the NFL could start his ban immediately.  Darren McFadden has been inactive so far, and it is thought that this is the case because McFadden is a similar style runner to Elliott and would therefore take over his role if Zeke is suspended.  He should be owned in all leagues until we hear October 2nd (right after Week 4) whether or not Zeke will be suspended.

Austin Seferian-Jenkins was a solid TE when he played in Tampa, but was weighed down by personal issues.  He was brought to the Jets on a “prove it” contract, and finally was allowed to play in Week 3 against the Dolphins.  In his first game back from suspension, ASJ caught 5 of 6 targets for 31 yards.  This is promising news for the Jets, who may just have gotten their most talented receiver back in ASJ.  ASJ should be added in 12-14 team leagues for teams who are seeking a tight end, and could be used as a streaming option in future weeks.

Fantasy owners have still all but forgotten about Will Fuller, who has been out recovering from a broken collar bone.  Fuller was included in last week’s article, but it appears as though he may suit up in Week 4.  It is unsure how Fuller will be used with Watson/Savage, but if you are in a 14 team league and have a bench spot, add him now before he has a decent game and people remember who he is.