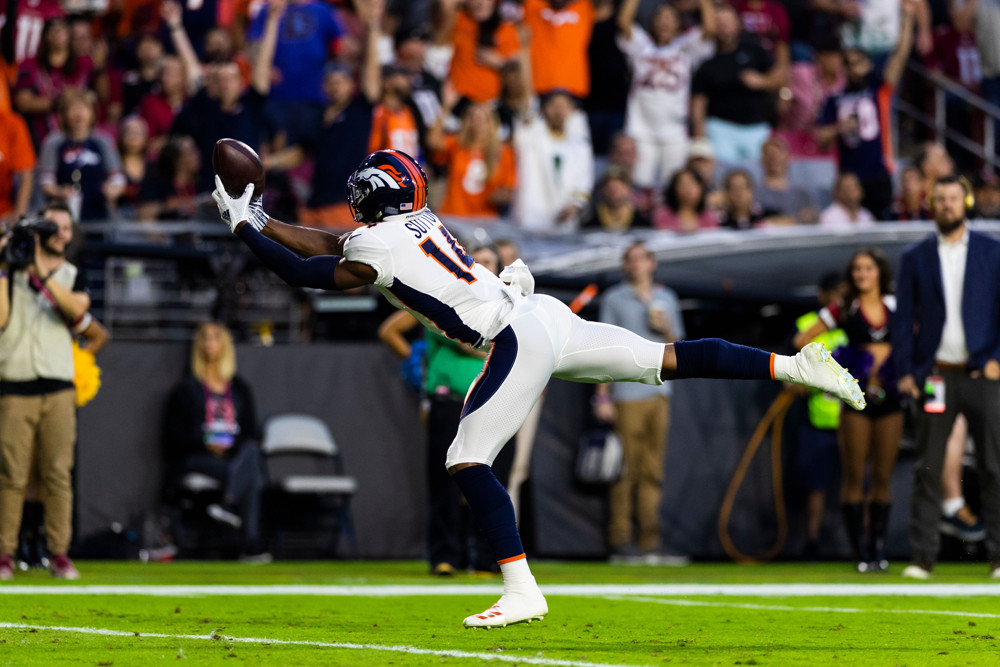 Last week Todd Gurley, James Conner, and Joe Mixon absolutely blew up at the running back position, completely tilting the DraftKings slate. However, this week looks a little tighter with Mixon, Saquon Barkley, and David Johnson on bye. Between the condensed running backs and openings created by the trade deadline, fantasy enthusiasts will have some tough decisions to make. With that said, here are a few standout plays on the DraftKings main slate.

Coming in as the second-highest priced quarterback, Cam Newton looks more than worth the price in a plus-matchup against Tampa Bay. Allowing the 3rd-most passing yards this season (2,330), Tampa Bay continues to deal with an injury-ravaged secondary. Newton also provides a solid rushing floor with a league-leading 309 rushing yards, making him a cash lock at the quarterback position.

Despite scoring a massive 36.1 points, DraftKings lowered Todd Gurley's price to 9.5K, locking him in as the top overall running back. However, Kareem Hunt finds himself in a standout matchup against the Browns, who allowed the 5th-most rushing yards to date (947). Currently favored by 8.5 points, Hunt has handled 78.2% of the Chiefs touches over the last four weeks. With game script and volume in his favor, Hunt should be considered in cash games.

With Dalvin Cook likely out till Week 11, Latavius Murray remains underpriced at 5.1k. Handling 76.8% of the running back touches, he should continue to see red zone and passing game work for the Vikings. Murray also draws a plus matchup against a Lions team allowing the 4th-most rushing yards this season (952). Murray warrants GPP consideration and offers salary relief in cash.

Still no touchdowns for Julio Jones, but he remains a bargain at 7.9k. Julio ranks 6th in targets (81), 2nd in receiving yards (811), and 1st in air yards (1,140). Receivers have roasted Washington lately, who allowed the most receiving yards in the NFL over their last four games (881). A strong bet to hit the 100-yard bonus, Jones could go under-owned in GPPs this week.

Following the Golden Tate trade, both Kenny Golladay and Marvin Jones come in too cheap. Coming in $200 cheaper, Jones looks to the superior play with the edge over Golladay in targets (47-44), air yards (729-540), and red zone targets (10-5). Minnesota will likely miss stud corner Xavier Rhodes for the second straight week as he battles a high-ankle sprain, sweetening the matchup for Jones. Fire up Jones in cash and GPPs this week.

Also benefitting from a trade, Courtland Sutton projects to play a full snap share, with Demaryius Thomas and his 7 targets per game now apart of the Houston Texans. Sutton's role had begun growing prior to the trade, playing only 4 fewer snaps and seeing more air yards (256-203) than Thomas over the past two weeks. Sutton will also face Houston defense ravaged by injury in the secondary, which allowed a massive 366 yards to wide outs in their last two games. Sutton looks like this week's free square in cash games.

With a few players scoring 0 at tight end last week, paying up slightly for O.J. Howard looks like a safe option. Carolina has allowed the 3rd-most catches (48) and 5th-most receiving yards (545) to tight ends this season. Since their Week 5 bye, O.J. Howard has 16 targets, 197 receiving yards, and a pair of scores. He has at least 4 catches in each of these games, providing a solid floor. Paying the extra few $100 for Howard provides a solid floor for cash games.