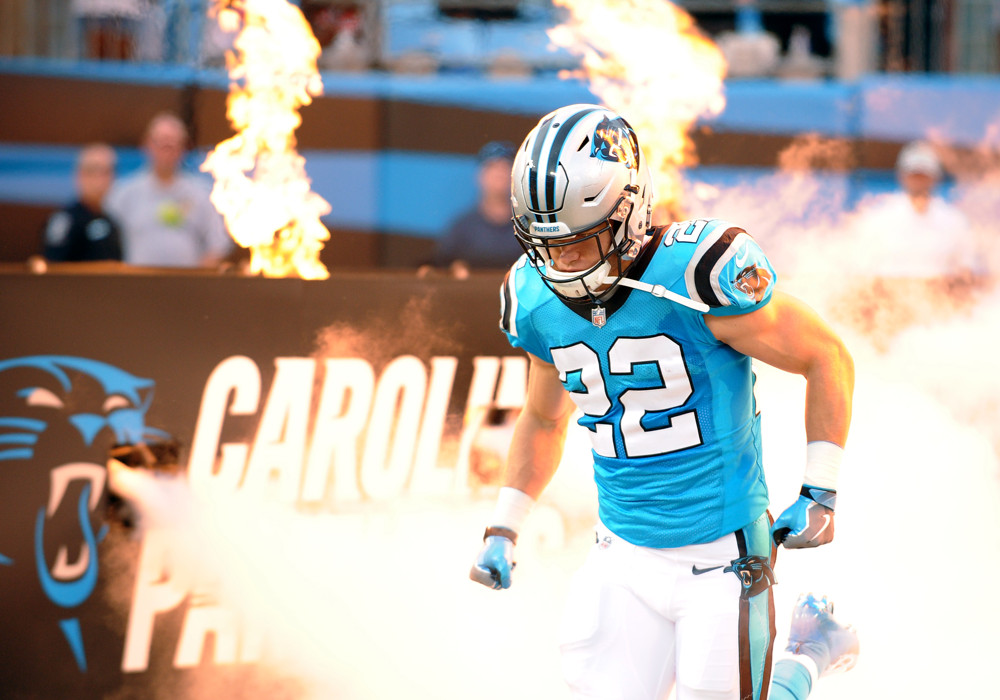 Tyrod Taylor squares off against the QB-friendly New Orleans Saints, who, in Week 1, allowed Ryan Fitzpatrick to throw for 417 yards and 4 touchdowns. Fitzmagic was even also to rush for a touchdown and a handful of yards. While Taylor will have a tough time throwing for over 250+ yards, he should have another field day on the ground and add to his rushing total of 77 yards he accumulated in Week 1.

With Deion Jones being placed on IR for the rest of the year, Christian McCaffrey should have a field-day against the Falcons. In Week 1, McCaffrey owners were expecting more like what they saw in the pre-season. Last season Atlanta gave up the most receptions to running backs and McCaffrey should take full advantage of this on Sunday.

With no Doug Baldwin in the lineup, Tyler Lockett will continue to have a solidified role in the Seahawks' offense. While Lockett only managed 3 receptions last week on 4 targets, he's always a threat to take it the distance, and his usage will only increase moving forward. This week he plays the Bears who gave up 299 yards and 3 touchdowns to Packers' wideouts last week. In a game where Seattle is expected to be trailing, Lockett has a high chance to see 6+ targets and get into the end zone.

Nick Boyle was tied last week with Baltimore pass catchers in targets (6) and now squares off against the Bengals who just allowed twelve (12) receptions to the position for 124 yards and a touchdown. With injuries hitting home early in Olsen & Walker, Boyle is a nice one-week streaming option.

The Raiders gave up 4 field goals (could have been 5) and 3 extra points to the Rams last week, and now face a revitalized Broncos team Sunday afternoon. Brandon McManus is coming off a 13 point performance after he converted two 50-yarders and three extra points and will look to replicate his effort against the Raiders D who can't seem to stop an opposing offense from driving down the field early on in the season.

This week the Houston Texans are at home and were able to score 7 points against a very good Patriots offense-not bad. This week the Texans get an easier matchup in the Tennessee Titans and will face Marcus Mariota who isn't playing at 100% due to an injury that forced him from last week's game. Last week the Dolphins were able to score 12 fantasy points against the Titans pair of QBs, and you would expect the Texans, especially at home, to generate a better pass-rush than the Dolphins did last week.

Ryan Fitzpatrick roasted the Saints defense for a whopping 42.3 fantasy points in Week 1, but now faces a tough defense in the Philadelphia Eagles who looked sharp against the Falcons last week, holding Matt Ryan to only 8.8 fantasy points. While Fitzpatrick can give you monster weeks during the season, his play has proven to be inconsistent throughout his career and he'll be faced with an uphill battle come Sunday. Look elsewhere this week to stream the quarterback position.

Chris Carson split carries with Rashaad Penny in Week 1 and its unknown how the backfield will emerge week-to-week. Carson faces the Chicago Bears this weekend who were stout last week against the run. Yes, some of this is due to game-script, however, Seattle is an underdog on Monday night and should be trailing most of the game. Carson is a flex-play at best, but cannot be trusted for much of a floor in Week 2.

When will Amari Cooper return to elite wide receiver status? In week 1 against a tough Rams D, Cooper saw only 3 targets, hauling 1 in for 9 yards. He tallied on a run for 9 yards as well, but severely disappointed fantasy owners with the 2.8 fantasy points. This week he goes up against a now-mediocre Broncos defense, however, owners should wait for a prove it week before throwing him back into lineups.

Austin Hooper underwhelmed in Week 1, scoring only 5.4 fantasy points. This week sets up to be a much larger challenge, as the Panthers come to town. Carolina's linebackers and safeties played well, limiting the tight end position to 3 catches for 18 yards last week against the Cowboys. With many owners in a pinch for a replacement due to injury, Hooper shouldn't be rostered quite just yet until his usage increases greatly.

The Rams gave up 8 points to the kicker last week, however, they are heavy, heavy favorites against the Cardinals, and this matchup doesn't look great for Phil Dawson. Not only do the Cardinals not have a good outlook, but last game they didn't even attempt a field goal. If this one gets ugly early, expect similar results this week.

While the Pittsburgh Steelers got out to a hot start in Week 1 with 11 points, they have a much tougher task ahead of them this week where the Chiefs come to town. Last week the injury-riddled Chargers D scored -3 fantasy points. Pittsburgh isn't known for their stellar defense, and if they're not able to record a handful of sacks against Mahomes, expect the Pittsburgh defense to score below 8 points this week.