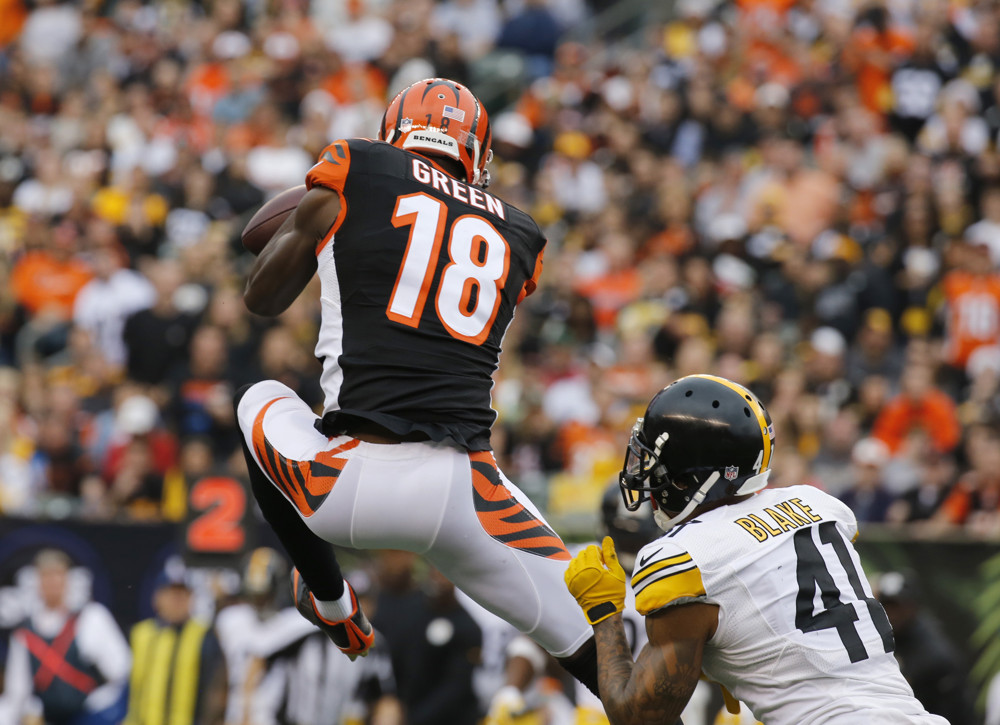 Now that all of the meaningful pre-season games have been played, we are now in peak draft mode. Before you head into your drafts be sure to participate in mock drafts to get a general idea of who you're able to draft. Take note of which players you may have to draft early in order to roster them, or others you can wait another round or two to draft. The mock draft referenced below can be found here.

At Fantasy Football Calculator you can join mock drafts, check out the latest mock draft results, and analyze ADP data for each player. You can also see the likelihood a player falls to you during a certain round with the scenario calculator. 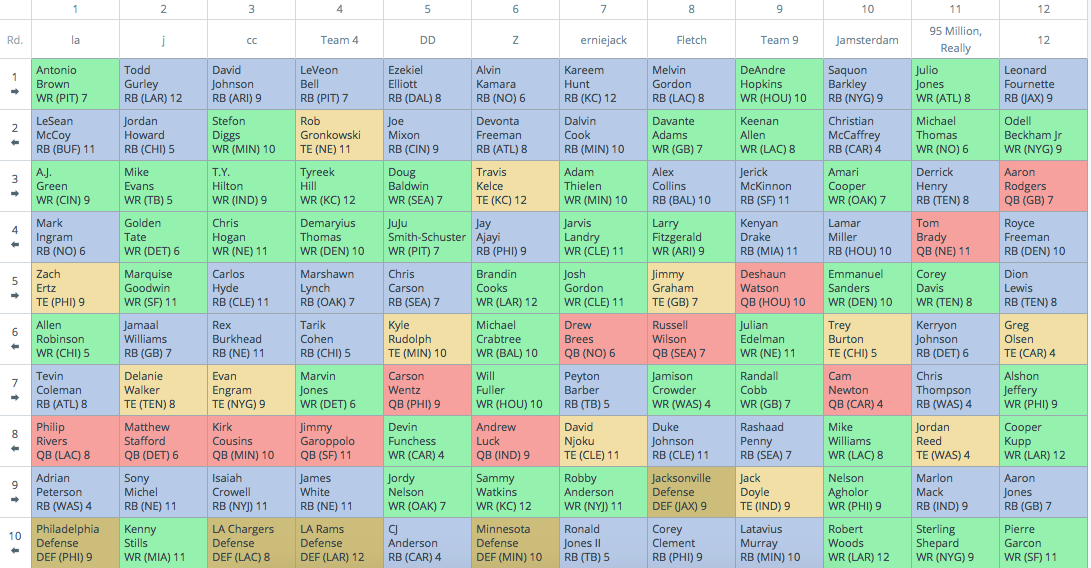 [Editor's note: You can mock draft on your phone for free on iPhone and Android]

When Le'Veon Bell remains on the board after the first three picks have come and gone, there really isn't an easier choice. Even though Bell has sat out all of training camp, he remains a lock for 350 touches on the season and the Steelers will run him into the ground before letting him go next offseason.

While Antonio Brown is a surefire bet to finish top 3 at the wide receiver position, the volume and impact of a bell-cow like Todd Gurley, David Johnson, and Le'Veon Bell cannot be ignored. In a PPR league Brown is certainly an option in the early first round, but not one I'm considering before the 3 aforementioned running backs have been drafted.

Last season Jordan Howard finished as the 15th ranked running back in PPR leagues. That was with a Chicago Bears team that had 5 wins the entire season. You're getting Howard at the end of the second round at his floor, with all the upside to gain. Even in PPR leagues, Howard is a solid pick to begin your draft RB / RB.

While Stefon Diggs is due to have a great season with new gunslinger Kirk Cousins throwing him the ball, he's not an absolute target monster - teammate Adam Thielen out targeted Diggs 142 to 95 last season. While Diggs will look to finish the season playing all 16 games, at this draft slot I'd rather draft A.J. Green or Mike Evans.

Other than in 2016, AJ Green has been Mr. Reliable, averaging 1,113 receiving yards and 7.3 touchdowns over the past three seasons. The Bengals' offense was extremely bad in 2017, and Green should return to elite levels of play. Look for the Dalton-to-Green hookup to be a regular occurrence this season.

Mark Ingram has an uphill battle entering this year and will be forced to sit for a minimum of 5 games (4 due to suspension, 1 due to bye week). After choosing LeSean McCoy as the RB1 in round 2, there are much safer options to enter the season with, such as Marshawn Lynch and Chris Carson, both of whom enter the season as their team's starting running back.

While coach Hue Jackson has already stated he won't start Week 1, Josh Gordon is an absolute steal in the mid-fifth round. With having already drafted a safe floor in Adam Thielen and Jarvis Landry, Gordon's elite talent can take this team to another level.

With Kyle Rudolph being drafted in the middle of the 5th round, he's going almost a full round before his ADP of 7.05. Rudolph should be a solid pick this season, the only complaint is to reach in the 6th when he'll most likely still be there a round after, or later. In one of my 12-team home league drafts this past week I was able to snag Rudolph at 7.10.

Marvin Jones finished as the 11th highest scoring receiver in fantasy football last season and currently has an ADP of 6.02. With what is anticipated as a very high-scoring Lions offense this year, Marvin Jones is another steal at 7.04 in PPR leagues.

The reason this is the worst pick of the round is because every other team has already selected their quarterback. While hindsight is 20-20, not many teams will be picking their 2nd QB in a PPR league before the 11th-plus round. Considering the first two RBs selected are questionable entering the season, this team could have got an Isaiah Crowell or James White and still could have drafted Philip Rivers, or another serviceable QB such as Ben Roethlisberger, Pat Mahomes, or Matt Ryan at the 10/11 turn.

With a current ADP of 8.02, Robby Anderson provides great value in the later stage of the 9th round as he quietly finished with more fantasy points than Stefon Diggs and JuJu Smith-Schuster. Anderson will look to improve on his career best 941 receiving yards and seven touchdowns and if he can stay on the field in 2018, Anderson is a steal at 9.07.

Defenses change from year to year, and while it's likely the five defenses drafted in the 9th and 10th rounds will return to playing at an elite level, it's never certain. Last season their ADP was much later: Per 2017 ADP data, from the above teams, the only two that were drafted as top 12 defenses were Minnesota (12.06) and Philadelphia (14.06); the others were waiver wire pickups. Owners should be waiting until the final two rounds before selecting their defense due to the uncertainty from year-to-year at the position.