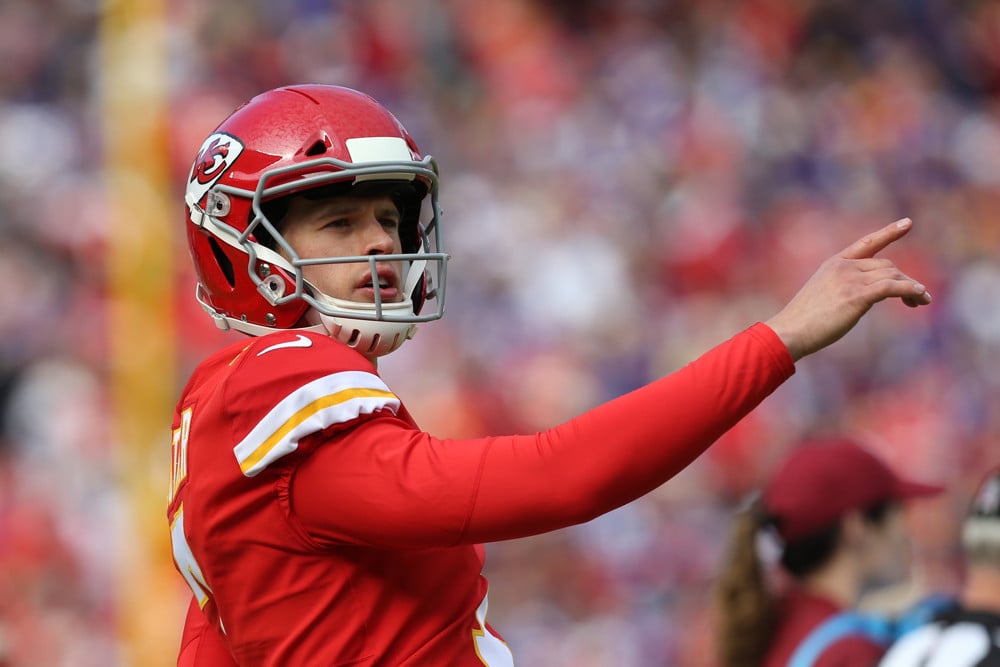 To help you out, I put together this summary of our top 10 ranked kickers for week 9.

Lastly, the Browns, Steelers, Broncos, Cowboys, Giants and 49ers have a bye this week so keep that in mind when setting your lineup.

Harrison Butker was off last week with a bye. Our system projects Harrison Butker for 2.2 attempts, 1.9 field goals and 3.0 extra points versus the Titans this week.