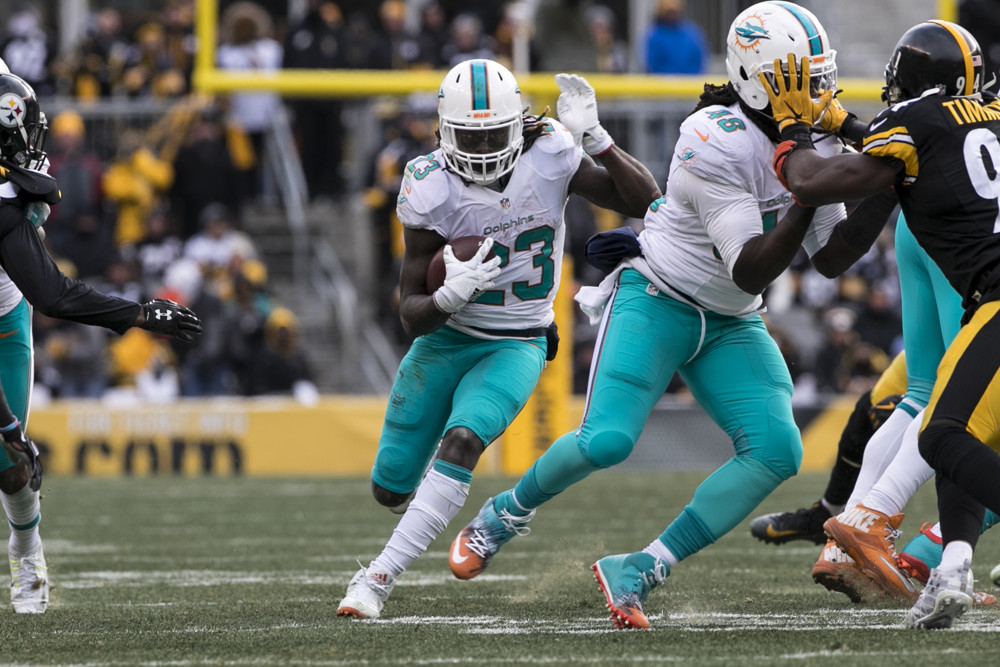 What better way to kick it off than to dive deep into a recent 12-team PPR mock draft conducted here at Fantasy Football Calculator.

Mock drafts are a great way to get insight into fantasy values for your 2017 draft. If you want to do your own free and fast mock draft, check out the live mock draft lobby. Also,  you can check out the results of thousands of other 12-team PPR mock drafts.

Below is our take on the best and worst picks for each round of this PPR mock draft conducted on August 19th, 2017. You can view the draft board view of the full draft here.

Best pick: Le'Veon Bell. Easily the best pick of round 1 here is Le'Veon Bell. I can understand taking wide receivers high in a PPR format, but Bell is a fantasy powerhouse. I would jump for joy to get him at #4 overall.

Worst pick: Antonio Brown. While he's not a bad player to have on your team, it's a bit too safe to take him #1 overall. There is much more depth at wide receiver than running back. To pass up on David Johnson and LeVeon Bell at #1 overall is a mistake.

Best pick: Jay Ajayi. Getting a running back at 2.06 with as much upside as Jay Ajayi is awesome. Now that Cutler is there it help steady the offense, expect a huge season from Ajayi in 2017.

Worst pick: Ezekiel Elliott. While his suspension may be reduced, there is no guarantee that it will be. Six games is half of the fantasy regular season. He's a decent value in the 3rd round, but not top of the 2nd round.

Best pick: Keenan Allen. Yes, he has been injured, but his injuries have been fluke injuries. When healthy, he has the upside to be a top-5 ranked PPR wide reciever, and all indications are that he's healthy and ready to roll in 2017. Drafting him in the mid-3rd round in fantasy mock drafts is a steal.

Worst pick: Terrelle Pryor. While he should have a solid fantasy season, the change of location makes it difficult to project him for 2017. The more proven options at WR drafted after him all have just as much upside with arguably less risk.

Best pick: Larry Fizgerald. He's not sexy, but he's a solid contributor, especially in PPR. Don't fall prey to the trendier players and stick with a known commodity in Fitzgerald.

Worst pick: Carlos Hyde. The 49ers are still not a good football team. While the buzz around him losing the starting job has passed, he still isn't a reliable fantasy option this year. The upside of Joe Mixon later in the draft is a much smarter fantasy pick.

Best pick: Jarvis Landry. How on earth a consistent 95 catch receiver lasts until the 5th round is beyond me. Don't worry about Ajayi's emergence cutting into Landry's opportunities. Landry is still a great receiver to own in PPR leagues, and an awesome value in this mock draft.

Worst pick: Mike Gillislee. While there's a chance Gillislee lives up to this draft spot, it's unlikely given the way New England's running back carousel typically operates. Take a flier at a later round New England running back if you want a piece of this backfield.

Best pick: Brandon Marshall. Although getting up there in age and competiting for targets with OBJ, he's being undervalued and can easily outperform his PPR fantasy ranking this year.

Worst pick: Adrian Peterson. In non-PPR scoring, Peterson is a fine draft pick here in the 6th round. However, between Ingram and Alvin Kamara, Peterson's upside in PPR leagues is severely limited. He's not the same player he used to be.

Best pick: DeVante Parker. Who would have guessed that having a wide receiver's quarterback go down with a season-ending injury would be a good thing? Parker gets a value boost with the addition of Jay Cutler in Miami this year. He's clearly the best pick in round 7 of this mock draft.

Worst pick: Frank Gore. Yes, you would have lost a lot of money betting against Frank Gore in the past. However, the clock is ticking for him and there are better options that could have been drafted here.

Best pick: Randall Cobb. He's not that far removed from a WR1 season, and Green Bay is a high powered offense. Expect Cobb to outproduce his ADP this year.

Worst pick: Ben Roethlisberger. Round 8 is too high for him in a mock draft. With an ADP of 9.08, he could have been drafted a full round later. Even he were gone, his streaky fantasy value week to week doesn't make him a strong QB1 for your team.

Best pick: Kareem Hunt. He has the talent to take over the Chiefs backfield. Round 9 is a good place to stock up on high upside running backs like Hunt.

Worst pick: Denver Defense. Don't draft a defense this early. Ever. Just wait until one of the last picks of your draft to take a defense. There is little year to year predictability with defenses.

Best pick: Kenny Britt. A bit of a sleeper, but someone will be catching passes in Cleveland. Britt is coming off of a 1,000 yard season for the Rams, and their offense was arguably worse than the Browns' was last year. Snap him up if he's there in round 10.

There you have it! The best and worst picks from the first 10 rounds of this 12-team PPR fantasy draft. You can see the full results of the remaining 5 rounds below.